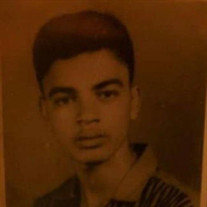 Charles Bender departed this earthly life into eternal gain of his heavenly Father on Saturday, November 27, 2021. The family thanks the medical staff at Vitas Hospice of Carrollton Regional Medical Center, Denton County, Texas. Charles was born the second oldest of 7 children on December 23, 1941. He was the onlysurvivor of his parents and siblings until his death. His parents James and Winnie Bender preceded him. His 6 siblings also preceded him: Leo Bender, Harold Bender, James Bender, Kathryn Bender Dahmer, Carolyn Bender Farley and Howard Bender.Charles attended primary school and was a 1960 high school graduate of Rowan High School in Hattiesburg, MS. He was summoned to military duty during the Vietnam era and was willing to serve. Charles married in lawful marriage Johnnie Pearl Tillman in 1962. Johnnie’s parents, Granville and Ira Pearl (Sanders) Tillman and the Bender family were close friends. To this lawful wedlock of Charles and Johnnie Pearl Tillman Bender, one child was born, Cheryl Delisa Bender-Schmitt. Charles began working in the local cotton gin industry on 7thstreet in Hattiesburg as well as helping his aunt, Lillie McLaurin with the Hattiesburg American newspaper distribution. To this work he was thankful for it built structure into his early life. Soon Charles would build a small business of his own with carpentry and painting skills taught to him by his father, James (Red) Bender. Together they each offered the community their gifts of carpentry. Charles was of a pastoral quiet nature. As one who walked gently the earth, unnoticed by many, but remembered by those who needed his helpful carpentryskills and for which he was always willing to help. Charles also held fond memories of fishing locally with all of his fishing buddies!In 2014, upon the sudden passing of his sister Kathryn Bender Dahmer, Charles moved toDallas, Texas to live with his daughter Cheryl Bender Schmitt (Christopher) and grandsons Roderick and Andrew where new friends and fun times blossomed. Charles leaves to cherish his memory, his daughter and son-in-law Cheryl and Chris Schmitt, loving grandsons Roderick and Andrew Demmings as well as his childhood family friend, Johnnie Pearl. A host of cousins, nephews and nieces cherish his memory as well. Two life long friends: Wallace Berry and Willie Packard of Hattiesburg, Mississippi fondly remember their lifelong neighbor and friend, Charles Bender. Additional memories at Charles Bender Community Facebook. Final rites are entrusted to Sandra Clark Funeral Services at legacy.com

The family of CHARLES W BENDER created this Life Tributes page to make it easy to share your memories.

Charles Bender departed this earthly life into eternal gain of...

Send flowers to the BENDER family.