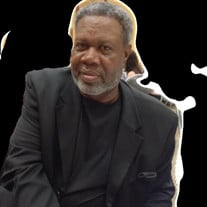 In every life, there is a time for planting and a time for harvest. On July 3, 1949, Kenneth McCracken was born in Houston, Texas to MC and Lue Teal (Golightly) McCracken. The Lord graced us with his spirit on this earth for 72 years, 3 months. On Wednesday afternoon, October 13, 2021, the Lord called him to receive his final everlasting reward of peace and eternalrest. Kenneth grew up in Palestine, Texas where he attended and graduated from A.M. Story High School, Class of 1967. He later attended James Connally, now Texas State Technical Institute, in Waco Texas. Kenneth’s career spanned 48 years and included working at Austin Bridge Company and as an airline professional at Braniff Airlines and American Airlines. In 2010, he retired as manager of ground equipment with 34 years of service with American Airlines. By combining his love for fixing and working with trucks, trains, and automobiles and his passion for helping people, he founded two companies: McCracken’s Automotive & Towing Service and M & M Trucking. He was also able to provide services to Traylor Motor Homes after hisretirement. A Christian at an early age, he was a member of Oak Gardens Church at the time of his passing, where he served as Deacon, Chairman of the Gardeners, and Co-Chair of The Glitter and Gold Banquet. A willing worker for the Lord, he also drove the church van transporting seniors to various events. He believed his life was a walking sermon and lived so that others would see hisfaith and trust in the Lord. Ken took great pride in his yard, constantly being awarded “Yard of the Month” and working with the community to enhance the beauty of the Elderwood neighborhood. He also enjoyed camping and repairing vintage cars. After life-changing events, Kenneth met and married Flora Kelly Reed McCracken. To this union, he gained an additional daughter. He was an exceptional “Honey Do” to the Alpha Xi Omega Chapter of Alpha Kappa Alpha Sorority, Incorporated. Ken was the father of five beautiful children: Tremain Webster, Kieli Morrison (Aric), Kenneth McCracken, Jr., (Ashley), Keidra McCracken, and Amber Reed. He was affectionately known as “PawPaw” to nine grandchildren: Dacian Morrison, Desmond Payne, Destinee Payne, Kadence Cross, Kayla McCracken, Caleb McCracken, Kennedy McCracken, Kenneth Milton, III, and Cai McCracken. He is preceded in death by his parents, grandson, Cairee McCracken, and brother, Paul McCracken. He leaves to cherish his memory: his wife, Flora, his children, grandchildren, two sisters, Sheila Gray and Vickey McCracken Lott, one brother-in-law, Oscar Kelly (Faye), a host of nieces and nephews, extended family, church family, and beloved friends.

In every life, there is a time for planting and a time for harvest. On July 3, 1949, Kenneth McCracken was born in Houston, Texas to MC and Lue Teal (Golightly) McCracken. The Lord graced us with his spirit on this earth for 72 years, 3 months.... View Obituary & Service Information

The family of KENNETH MCCRACKEN created this Life Tributes page to make it easy to share your memories.

In every life, there is a time for planting and a time for harvest....

Send flowers to the MCCRACKEN family.