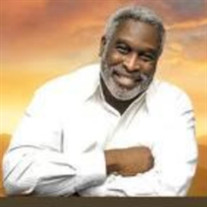 A Celebration of Life Marcus Anthony Dixon Sr. Sunrise: June 8, 1955 - Sunset: November 26, 2020 Obituary Marcus Anthony Dixon Sr. departed this life for the next part of his soul’s journey on November 26, 2020. Born to Lloyd Dixon Sr. and Frozella James Dixon on June 8, 1955, he joined two brothers, Lloyd Jr. and Ralph and shortly after his birth, the family expanded to three other siblings, Anita, Leontyne and Stephen. The stories that surround Marcus and his siblings will live on in memories they will always share growing up around each other at the dinner table or splitting up for teams of touch football which he would initiate! Marcus was a shining light and was often the one in the room with the loudest, sincerest laugh and the largest smile; ask anyone. To say he was “the life of the party” is underestimating the charm and exuberance that was his personality as he endeared himself to just about every one that met him. “Marcus is here!” is a mantra heard many, many times in the life of a man who knew no strangers, challenged all bullies and championed the underdog on many occasions. A graduate of Paseo High School, Kansas City, Missouri, as a young man, he exhibited many talents. He could sing, he could act, and his athletic prowess shown for years. After High School he joined the U.S. Navy and later in his college years at Central Missouri State University he pledged Kappa Alpha Psi fraternity and later enjoyed a stint with the Dallas Cowboys. Later in life, he realized a spiritual calling and graduated from Grace Seminary in 2016 with distinct honors and a natural voice for prayer and the pulpit. Marcus is survived by his adoring wife, Terri Dixon of the home, his devoted children, LaTrice Johnson-Lester (Michael), Marcus Anthony Dixon II., Jason Dixon and Joshua Dixon. He will forever be remembered by his siblings, Lloyd Dixon Jr., Anita Joyce Dixon (Len Brown) Leontyne “Tina” Dixon and Stephen Dixon. Marcus joins his brother Ralph Dixon, who transitioned in 2019. Marcus was a proud grandfather of 13, Michael Lester II, Larenz and Lauren Lester (the twins!), Justine Brown, Josiah Anthony Dixon, Jalen Brown, Sameerah Dixon, Daytwon Brown, Maquette Dixon, Jaylen Klien, Donavan Dixon, Xavier Mroz-Jenkins and Layla Mroz-Jenkins. He believed in family and recognized blended children from his unions, Ta’Mika Garrett (Michelle Young Dixon) Anthony C. Jenkins and Stephanie Mroz (Terri Dixon) Cassandra Johnson and Antonio Johnson (Teresa Johnson-Jacques) who all remember him fondly along with nieces and nephews, LaTyna Jalieba, Simone Washington, Thomas "TJ" Washington (Janet), Ryan Drinkwater (Sammi), Ian Dixon and Eugene Dixon. Family meant everything to Marcus, and he will be sorely missed by a multitude of cousins, friends, a vast extended family and an enormous community of people who crossed his path.

The family of MARCUS ANTHONY DIXON created this Life Tributes page to make it easy to share your memories.

Send flowers to the DIXON family.